(Sign-up for specific tour time slot required during the event. Tours limited to 15 people per tour.)

This tour highlights the University of Cincinnati’s award-winning utilities plant. Designed by Cambridge Seven Associates to replace an old coal-fired plant beside the university’s football stadium, the facility sits on a prominent ridge between the university’s main campus and a residential neighborhood, so its appearance matters to both communities. It opened in two phases, the first in 1992 and the second in 2004. The original section holds a gas-fired steam plant, which serves the main campus as well as the medical campus and some nearby hospitals. The 2004 addition houses chillers and a twin-turbine co-generation system that produces much of the electricity the university uses. Heat leftover from the generating process is recycled into the steam system, which both serves winter heating needs and runs chillers for air conditioning. Each of the main turbines generates about 12,000 kilowatts—enough power for about 6,000 homes—and serves the campus far more efficiently than would buying power from the local electric company. This is because the plant makes electricity near where it will be used, eliminating transmission loss, and makes it at the right voltage, so it doesn’t have to be funneled through transformers. 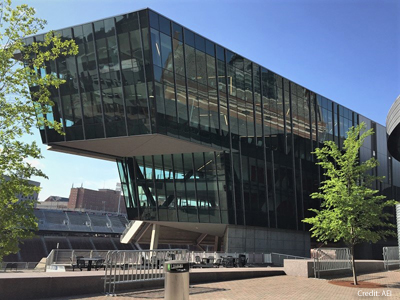 (Tours of 12 to 15 participants every 2 hours throughout the day. Sign up required.)

Perhaps nothing has attracted more attention to the University of Cincinnati's campus renewal than its impressive collection of modern architecture by internationally known designers. Over the years, many of the world's top "signature" architects have added the University of Cincinnati to their portfolio, including the firms of Frank Gehry, Peter Eisenman, CambridgeSeven, Michael Graves, Pei-Cobb-Freed, Gwathmey-Siegel, Moore-Ruble-Yudel, Leers-Weinzapfel, Bernard Tschumi, Morphosis, and Henning-Larsen.

The Cincinnati Zoo & Botanical Garden has been dedicated to the conservation of plants and animals since 1875. Proclaimed the “Greenest Zoo in America” in 2010, the Zoo has continued to lead the way in sustainability and green initiatives by greening its daily operations and reducing its impact on the environment. Through green building, solid waste management, renewable energy, water conservation, stormwater management, energy efficiency and community outreach, the Zoo has strengthened its sustainability program to have a positive impact on the planet. Located less than a half-mile from the hotel on campus, the Zoo provides a digital map to guide visitors through its LEED buildings and the various sustainable efforts, which include a 1.56-megawatt solar canopy, on its campus. 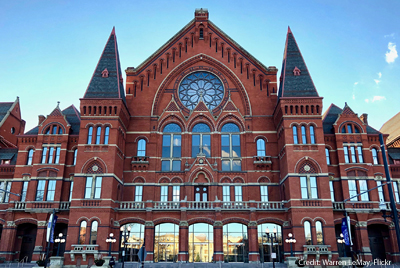